Prescott Frontier Days®, Inc. is a prestigious and nostalgic rodeo partly because of these two rodeo legends who are a large part of our rodeo production. 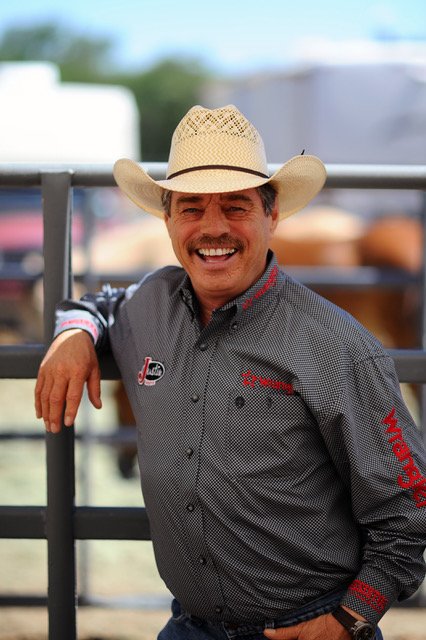 Randy Corley is a rodeo legend who is well respected, trusted and known around the sport of professional rodeo. His accomplishments in the industry are impressive (to say the least) which include the induction into the Pro Rodeo Hall of Fame in 2017 by the Professional Rodeo Cowboys Association (PRCA) and respectfully named the Rodeo Announcer of the Year in 1984, 1990 through 1996, 1998, 2003, 2011 and 2015, also by the PRCA.

Randy has been the “voice of the World’s Oldest Rodeo®” for the past 36 years and many generations of rodeo fans, families and contestants have grown very fond of him for the past almost four decades. He is considered a great friend of Prescott Frontier Days because of his longevity, loyalty, and knowledge he brings to the sport of professional rodeo.

Before each performance, he studies the contestants competing in that rodeo and becomes aware of the latest developments of their rodeo career’s. It makes for GREAT rodeo when he can announce and discuss their latest accomplishments. He understands the sport of rodeo and it resonates with fans and contestants who attend this traditional rodeo.

His knowledge, friendly demeanor, talented voice and engaging personality makes every person attending the rodeo feel welcome and included in the action.

It truly is an honor to have Mr. Randy Corley in our arena every year! Please say hello to this rodeo legend if you get the chance. 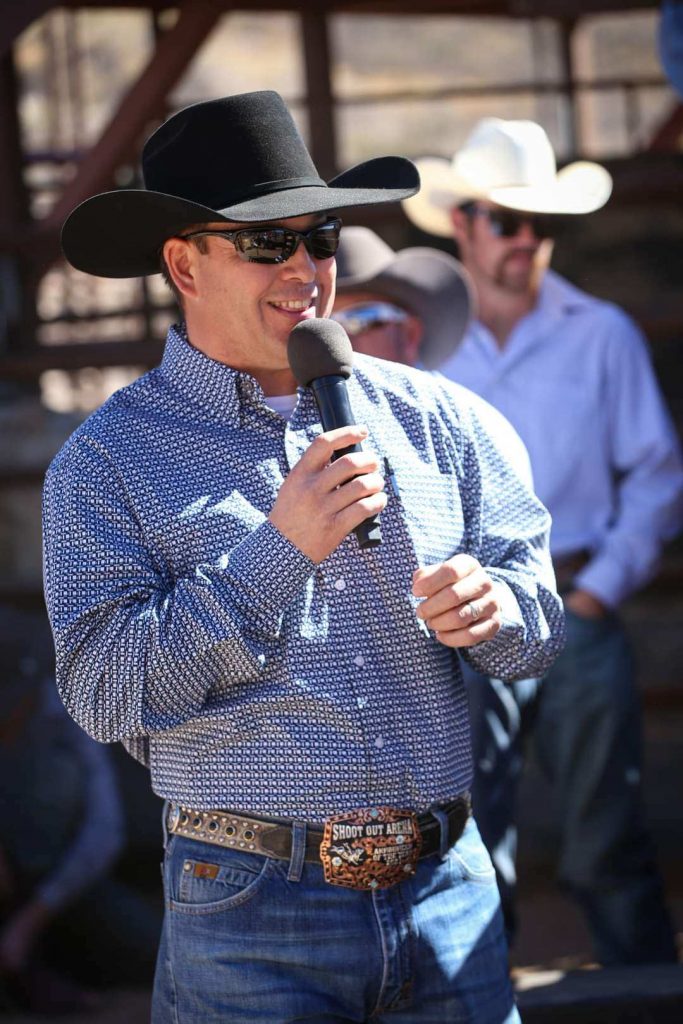 “Rodeo, music, and great sound is what I know and love. I am committed to providing excellent sound quality and rodeo commentary to your event.” – James

James Horcasitas has had a lifetime of experiences in Rodeo.  As a former contestant and promoter of rodeo events, he has an enthusiastic and friendly personality that enables him to engage and excite a Rodeo crowd and put the contestants at ease.  He also provides the knowledge and upbeat commentary that is critical to any rodeo performance that builds energy throughout the event and creates a “High Voltage” Rodeo experience.

James is a lifelong resident of New Mexico and has seen his rodeo career excel and send him to arenas he has always dreamed of performing in.  He received his PRCA card in 2008 and hasn’t looked back.  “Everything about rodeo is exciting and daring, and I truly enjoy sharing my love for the sport with everybody that attends an event.”

Even though his travels take him all over the nation, he still enjoys running, boxing, carpentry and tinkering on small equipment. 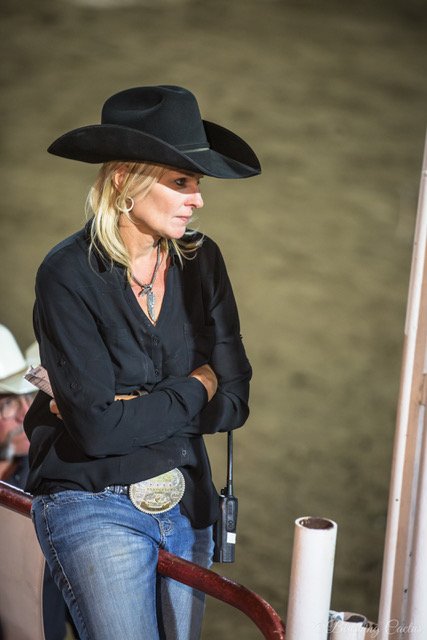 The youngest of six children, Kirsten started taking over the Vold Rodeo Company when she was just 25 years-old and, since that time, has managed to build on the legacy that her Canadian-born father began nearly six decades ago. It may seem like a natural progression, but Kirsten didn’t always see herself living on the rodeo trail.

Home-schooled until her freshmen year in high school, Vold grew up on the road, ensconced in the life of the cowboy and the excitement of the rodeo. After graduating from University of Southern Colorado in 1996 with a BA in Communications, Kirsten decided to put her degree to work with a job in sports marketing and promotion.

“If you ask me the number one reason why I do what I do, it’s because of the animals,” she beams.
“I love working with animals.”

Vold is now considered a trusted veteran in the industry and her family’s company sets the standard by which all others are measured. Whether at the rodeo or the ranch, Kirsten’s horses are her life and she is committed to breeding and raising champions. In 2015 Kirsten Vold was the recipient of the “Tad Lucas Memorial Award” and was inducted into the Rodeo Hall of Fame. 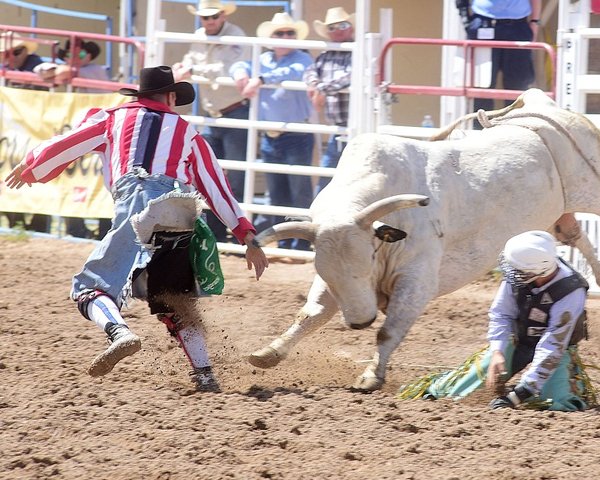 Quirt Hunt was ranch raised and knows the value of mans relationship with animals. This makes him a natural at bullfighting and protection. Quirt Hunt started his career in high school rodeos, stepping in as a back-up, Since then he has become one of Pro Rodeo’s Top Bullfighter’s.

His accomplishments include protecting the Professional Bull Riders, PBR on the Built Ford Tough series, being a television-magazine personality, freestyle contender on the Professional Bullfighters tour, PRCA bullfighter and clown, performance horse trainer, rancher and cattlemen, child’s hero and a friend to all. 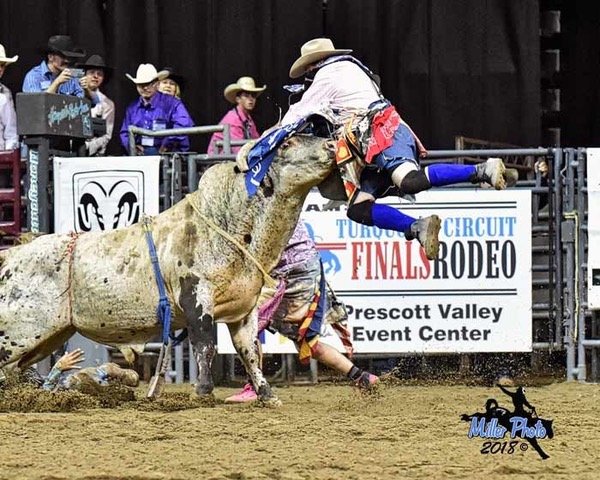 Luke Kraut has been a part of the World’s Oldest Rodeo for the past three years and we are honored to have Luke as a part of our rodeo team.

He was raised on a small cattle station in Queensland, Australia. Born with a passion for livestock and knew he wanted to make a living around the industry. At 15, Luke started entering some small rodeos in the steer riding and novice bull riding and continued to ride bulls in Australia until the age of 19. He traveled to the U.S., to Arizona, with some friends and went to an elite rodeo school and he knew then that America was the place to be if you wanted to rodeo for a living. In 1995, he moved to the U.S. permanently and started to fight bulls as a means to supplement his living.  He is also a horse farrier in the greater Phoenix area. He received his PRCA and PBR cards and rode bulls for approximately six years then truly missed fighting bulls and went back to fighting bulls.

Fighting bulls has been great to him and it’s truly his passion. Luke has truly an impressive rodeo career and fights bulls in many professional, high school, and junior rodeos around the country. For the past 12 years, he has been a bullfighter for the Turquoise Circuit Finals and the Ram National Circuit Finals (2019). 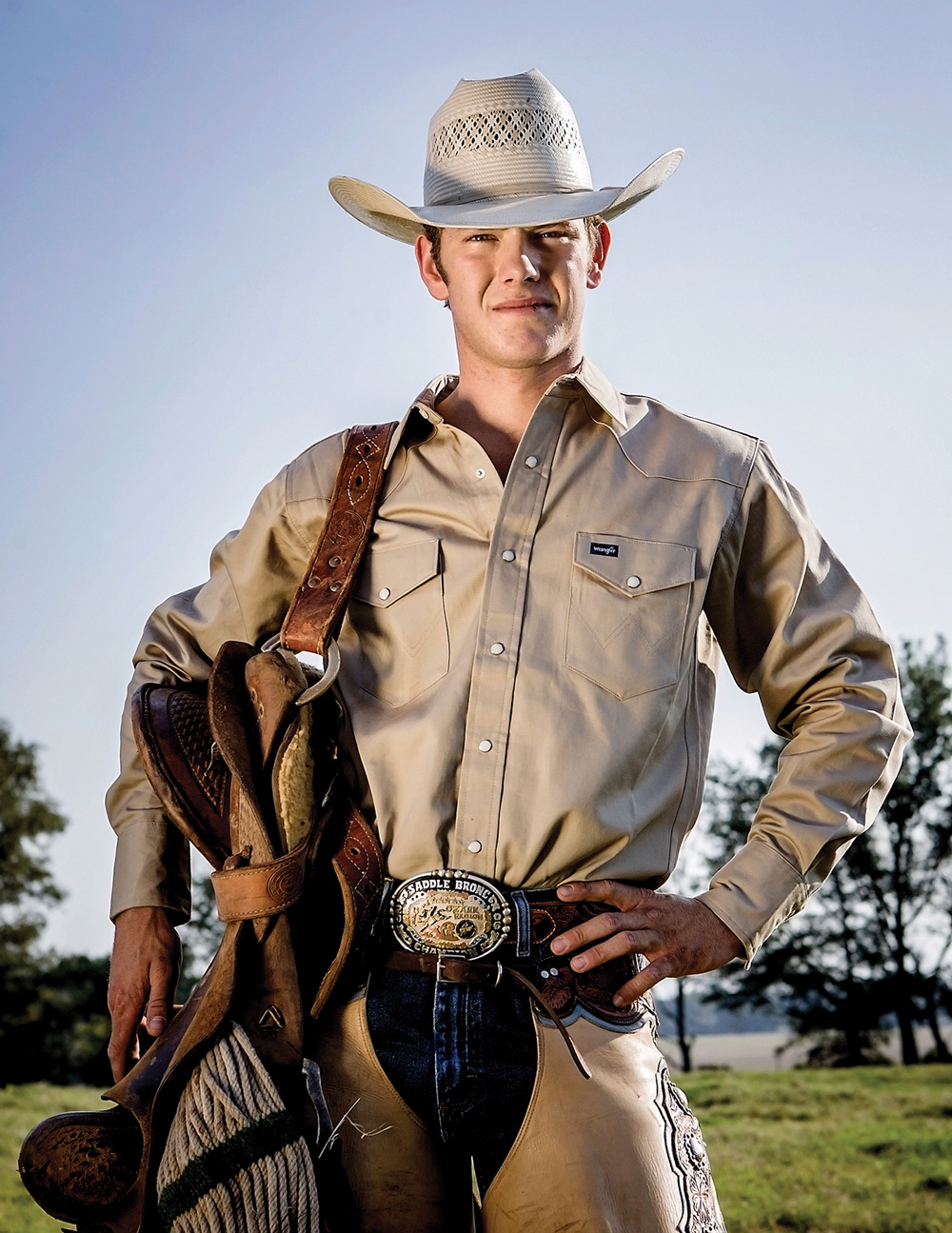 Ty Atchison 33, earned his nickname “Cowboy Ty” from his lack of conforming to the modern day cowboy appearance so many men his age have adopted. A NFR qualifier in the saddle bronc riding , he also competed in the tie down roping and team roping in college. A graduate from a University in Tennessee, Ty has shelved his degree to pursue his passion in the rodeo arena. No longer competing, he has cultivated his natural talent to become an accomplished pick up man.
(Bio credits: prorodeo.com)

5-11, 175…Single…Father, Clint, owns a sale barn in southern Missouri; mother, Debbie, is a regional coordinator for the March of Dimes; sister, Debbie Phillips…Enjoys camping, hunting and fishing…Wrestled in middle school and high school before concentrating on rodeo full time…Gives college coach John Luthi a great deal of credit for his success in rodeo …Worked for Harry Vold Rodeo Company in 2008, limiting his competitive schedule to 18 rodeos…Sponsored by Red Brand Fencing of Peoria, Ill…Favorite movie is Lonesome Dove; favorite music is Waylon Jennings and Johnny Cash…Rodeo idol is Billy Etbauer. 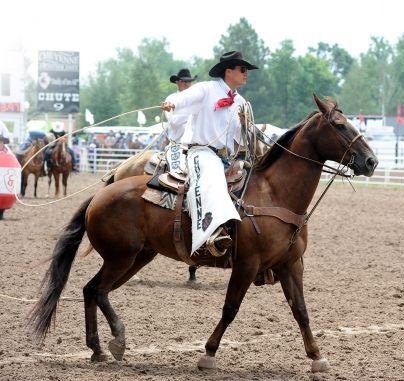 The Rodeo Experience doesn’t stop with Specialty Acts performances. Learn about all the Timed & Judged Events that are the core part of the Rodeo Week!