Bring your blankets & lawn chairs & join us for a one-of-a-kind Rodeo Experience at the DTX! 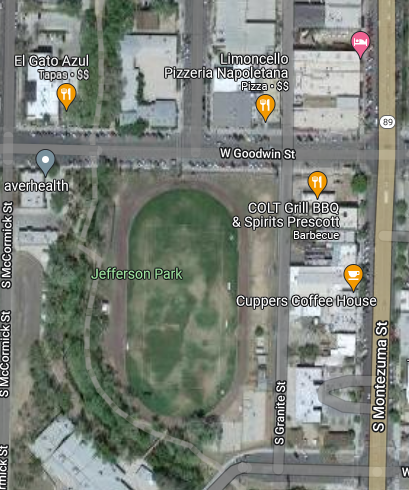 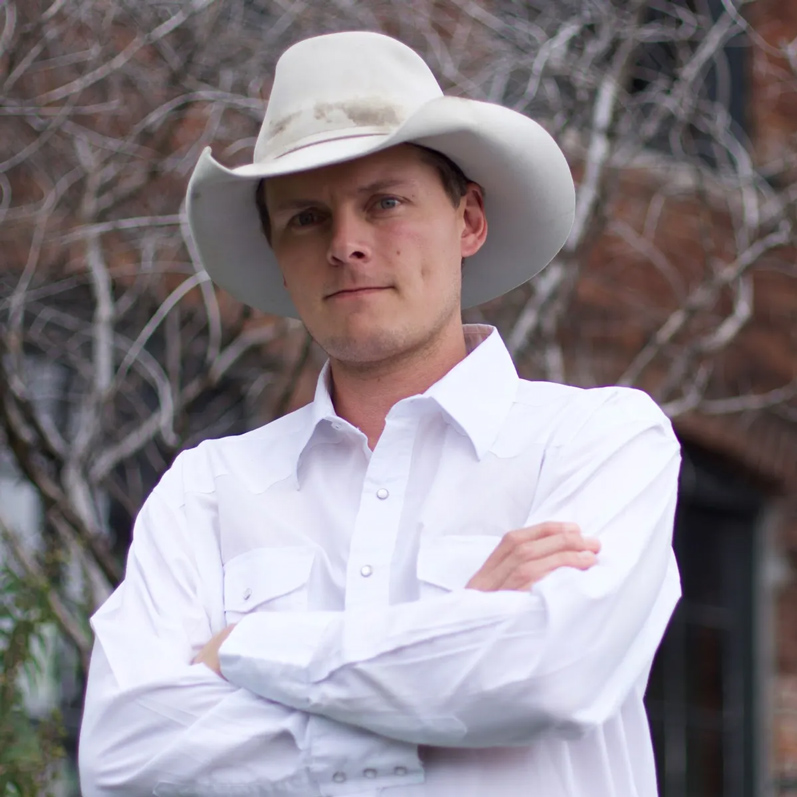 One of the most incredible things about great music is that it has the ability to take the listener to a place they’d rather be.  A compelling song can carry someone back in time to a treasured memory, or transport a person to a spectacular western prairie they’ve only visited in their dreams. Ned LeDoux’s music has that kind of power. As a songwriter, he has a knack for bringing people, places and emotions vibrantly to life with his insightful lyrics, and warm, strong voice that makes him sound like a beloved friend you always want to hang out with. Those gifts are fully on display on LeDoux’s new album Buckskin.
“I’m writing my own story and if people take a liking to it, that’s wonderful,” says LeDoux. “As long as I’m writing from the heart, and writing about what I know, I can definitely listen back to it and be proud.”

LeDoux began pursuing that dream at an early age, and even though he grew up in the shadow of his legendary father, he’s successfully carved his own path. “If I can be half the man he was I think I’ll be okay,” he says with an easygoing grin, “but when it comes to songwriting I’ve got to write my own story. I’ve played drums for years and got my first band when I was in junior high. I went on to play drums with my dad from 1998 until he passed away in 2005, and then I started doing solo gigs.”

LeDoux made his recording debut with the 2016 EP Forever a Cowboy and followed up with his first full-length project, Sagebrush, in 2017 and Next In Line 2019. All three projects, as well as his new effort, Buckskin, were produced by singer/songwriter/guitarist Mac McAnally, who has won the CMA Musician of the Year Award an unprecedented 10 times. “He’s my songwriting mentor and his guidance in the studio is wonderful,” LeDoux says. “He’s a great guy to be around. Nobody phrases things like he does.  I don’t know if there’s something in that Muscle Shoals water or what, but he’s a very inspiring character. He gave me great songwriting advice. He said, ‘Just write about what you know. Write the truth because it comes out a lot easier and people are going to believe you.’”

LeDoux is well respected for his high-energy live shows that mix his western roots with the rock and roll influences he acquired in his youth. He routinely headlines his own shows as well as earning coveted opening slots for Toby Keith, Aaron Watson and Garth Brooks. “We opened for Garth at the 125th anniversary for Cheyenne frontier Days last July which was crazy,” he says. “When people are coming out to our shows and spending their hard-earned money on a ticket, I don’t want to leave them disappointed. We’re going to give you a show and leave you wanting more. I’m always out of breath and soaking wet when we’re done, but it’s so much fun!”

Ned LeDoux is carrying on the family tradition, but he’s also charting his own course, and Buckskin is the latest step on that journey. “I hope I inspire people to never forget where you came from,” he says. “That’s one thing I’m very proud of. I’m carrying on a tradition, but I’m writing my own story. I’m very proud of my family and friends and there’s one piece of advice my mom gave me when we were kids: ‘Never forget where you came from and show respect to people no matter where you are.’ So with this album I hope to inspire and show people, ‘Hey this old cowboy isn’t changing for nobody.’ I want people to know they should never give up on a dream. There’s always time. Just keep on going.” 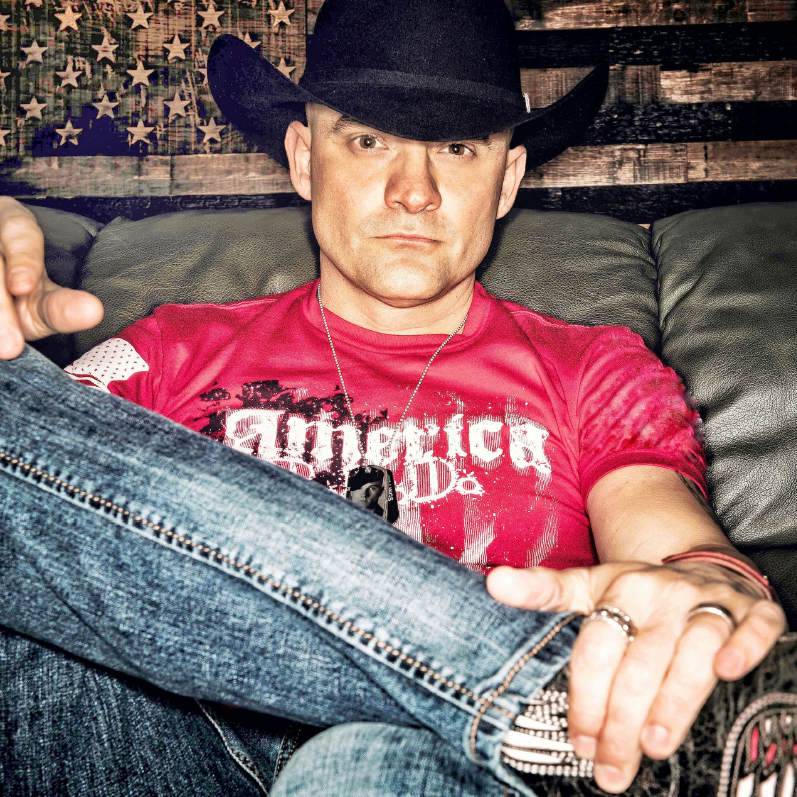 Ryan Weaver is a high-energy, all-American, rockin’ country music artist who proudly served as an active-duty Black Hawk Aviator, Chief Warrant Officer 3, United States Army. Growing up with a family of eleven in a small town in Floral City, Florida, he joined the Army right after high school. After several years of working as a Military Intelligence Analyst, Ryan followed in the footsteps of both of his two older brothers, Steve and Aaron, by attending Warrant Officer Candidate School and flight school. He graduated top of his class in flight school, becoming a Black Hawk Aviator. In April 2003, he deployed to Baghdad International Airport in Iraq, and shortly afterward, one of his brothers, Aaron, was deployed just west of him in Fallujia. In 2004, Aaron was killed in action when the Medivac helicopter he was a passenger in was shot down by enemy fire.

In 2013, Ryan’s brother-in-law, Chief Warrant Officer 2 Randy Billings, was laid to rest just one row away from Aaron Weaver after the Black Hawk helicopter he was piloting was shot down by an enemy ground-detonated explosive device. This second heartbreaking loss made the Weaver family a two-time Gold Star family. Ryan used his heartache as determination to succeed. Both of his brothers’ ultimate sacrifices continue to fuel his fire to accomplish his dreams in music.

After releasing his single and music video “BURN” featuring Benghazi Heroes Kris “Tanto” Paranto and John
“Tig” Tiegen, Ryan toured in 2018 and 2019 with the Professional Bull Riders (PBR) in 24 major arenas across the nation. PBR premiered his Celebrate America EP featuring the inspirational single and video “NEVER FORGOTTEN,” a tribute to those lost in the 9/11 tragedy, Ryan’s family and other Heroes across the nation. Weaver took Aerosmith’s Steven Tyler’s place as the headliner for the Saturday night concert during the 2017 PBR World Finals in T-Mobile Arena, Las Vegas. Following performances included Madison Square Garden and AT&T Stadium in Arlington, TX in front of a record PBR crowd of over 41,000. In addition, Ryan recorded the first single on the album “Songs That Save Our Lives” with the West Point Military Academy’s Benny Havens Band and that was nominated for a GRAMMY Award.

With COVID-19 shutting down all entertainment in 2020, Ryan spent time writing and promoting his partner brands. His “Old Glory” cowboy boot line with Lane Boots expanded across the nation to the shelves of Boot Barn while he recorded two new singles and began work on two new music videos. After headlining the July 4 th concert in Prescott Arizona and the 14 th Hour Foundation Warrior Weekend concert in Orlando on September 11th weekend, his singles “No Second Chance” and “Let’s Talk About Heroes,” were released with music videos in September and November 2021, setting the stage for 2022 speaking engagements and concerts.

Ryan’s song “BURN” was picked up as the theme song for Allen West’s 2022 Texas gubernatorial campaign in January 2022, which led to a concert performance at Marty B’s in Texas in support of West. Ryan also spoke at the Great American Summit and performed a concert the same weekend. Ryan has already scheduled multiple motivational speaking engagements and performance concerts throughout 2022.

› Tickets available online and at gate – pre-purchase online is recommended.
› Daily pass is good for entire day, you may come and go for the day printed on your ticket.
›  Tickets are non-refundable.
›  No outside food or beverage is allowed.
›  Children under 2 enter free.
›  Discounted ticket for Ned Ledoux concert available at gate Sunday with proof of Rodeo ticket purchase at PFD, $20, adult ticket price. 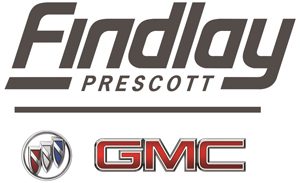 CAN I BRING A POP-UP TENT OR UMBRELLA?

WHAT FORM OF PAYMENTS ARE ACCEPTED AT THE PFD BEVERAGE & SALOONS?

BEER, WATER AND SODA SOLD AT THE PFD BEVERAGE & SALOONS WILL BE BY TICKET.  TICKETS ARE AVAILABLE FOR PURCHASE ADJACENT TO THE BOX OFFICE/EVENT ENTRY GATE AT  THE “TICKET AND ID BOOTH”.

HOW WILL I GET ID’D?

ALL GUESTS THAT PLAN TO PARTAKE IN ADULT BEVERAGES WILL NEED TO GET ID’D. AFTER ID  VERIFICATION GUESTS WILL RECEIVE A PLASTIC BAND VERIFYING THEM 21 AND OVER THAT CAN  BE LEFT ON FOR THE DAY. THIS WILL TAKE PLACE AT THE “TICKET AND ID BOOTH”. EVEN WITH A  WRIST BAND PATRONS MAY BE ASKED TO SHOW THEIR ID WHEN PURCHASING ALCOHOL.

IS THERE AN ATM?

WHERE IS THE FIRST AID STATION?

THE FIRST AID TENT/COOLING CENTER IS LOCATED IN THE SOUTHWEST CORNER OF THE GROUNDS BY THE RIDE HARD ENTERTAINMENT ARENA.

WHERE IS THE LOST AND FOUND?

LOST ITEMS MAY BE FOUND AT THE BOX OFFICE/EVENT ENTRY GATE, IF THEY WERE TURNED  IN.

WHAT TIME DO GATES TO DTX OPEN?

WHAT TIME DO THE CONCERTS START ?

CAN I BRING DRINKS INTO DTX?

WATER IS OK IF IN SEALED CONTAINER. NO COOLERS. NO ALCOHOL. ALCOHOL IS FOR SALE IN 3  SALOONS ALONG WITH ADDITIONAL FOOD & DRINKS.

IS THERE A HANDICAP ENTRANCE?

THE BOX OFFICE/EVENT ENTRY GATE HAS THREE LINES, ONE FOR PRE-BUY TICKETS, ONE FOR BOX  OFFICE AND ONE FOR HANDICAP AND CREDENTIALS GUESTS. LOOK FOR THE SIGNS AT ENTRY.

ALL CHILDREN AGE 2 & OVER NEED A TICKET! CHILDREN UNDER 2 YEARS WHO WILL BE HELD  BY A TICKET HOLDER DO NOT NEED TICKETS.

CAN I SMOKE OR VAPE WITHIN THE DTX?

NO, YOU WILL NEED TO LEAVE THE EVENT.

CAN I LEAVE THE EVENT AND COME BACK?

CAN I BRING MY PETS?

NO PETS IN VENUE.

CAN I BRING MY SERVICE ANIMAL?

DO YOU HAVE A CLEAR BAG POLICY OR WILL YOU SEARCH MY BAG AT DTX?

ALL BAGS SUBJECT TO SEARCH AT ANY TIME – WE DO NOT REQUIRE A CLEAR BAG.

WHO CAN USE THE FAMILY FOUR PACK OF TICKETS?

I BOUGHT TICKETS BUT CAN’T GO NOW, CAN I GET A REFUND?

NO, TICKETS ARE NON-REFUNDABLE.

DOES MY TICKET INCLUDE THE CONCERT?

YES, YOUR TICKET FOR SATURDAY WILL GRANT YOU ACCESS TO THE RYAN WEAVER CONCERT  AND THE SUNDAY TICKET INCLUDES NED LEDOUX CONCERT.

CAN I GET A DISCOUNT TO DTX WITH ANY PFD RODEO TICKET?

NO. DISCOUNTED TICKETS FOR NED LEDOUX CONCERT ONLY.

I HAVE A RODEO TICKET FOR SUNDAY, CAN I PRE-BUY MY DISCOUNTED TICKET FOR NED LEDOUX?

NO. AVAILABLE AT GATE SUNDAY WITH PROOF OF RODEO TICKET PURCHASE AT PFD, $20,  ADULT TICKET PRICE.